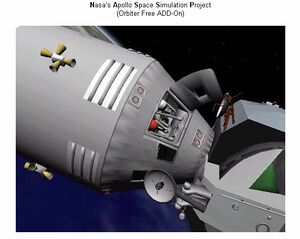 Project Apollo - NASSP was originally called NASSP (Nasa’s Apollo Space Simulation Project) and was based on Alain Capt's AMSO. NASSP was developed by Jean-Luc Rocca-Serra, who released the source code to version 4.x. Mark Grant then rewrote the code as C++, added an initial C++ implementation of the Apollo Guidance Computer and replaced the control panel bitmaps with new ones from P64, releasing 'NASSP COSTAM' and a derivative which provided basic support for the Virtual AGC software. Jean-Luc released NASSP 5.0, an updated version based on that source code, for the next release of Orbiter, including, for example, new particle exhaust support and a Skylab launch module. His website is still online: http://spacebarjoe.free.fr/.

With the 6.x release it became Project Apollo - NASSP, an open source Apollo simulation add-on. The latest 'stable' version is 6.4.3. The 7.0 release is currently in Beta, including a near-complete simulation of the Command Module control panel and most of the internal systems, and support for new spacecraft. It is also capable of flying most of an Apollo mission using the Virtual AGC software.

As there is no definitive list of functionality changes between NASSP versions, many of these changes have been deduced from release documentation and test-flying of versions which are still available for download.

Alain Capt, the creator of AMSO, about the history of AMSO and NASSP:

"Jean-Luc, the "father" of NASSP, was initially a great fan of AMSO and helped me a lot. For example he produced a very nice Tutorial document on how to use the AMSO of the early days. He brought many good ideas and sometimes, was beta-testing AMSO before publication. Then, the day came where I had unfortunately no more time to devote to AMSO. Jean-Luc wrote me many times, trying to tease me to continue the development and because I couldn't do it, he finally decided to start writing NASSP."

Meanwhile Alain Capt is back and improved AMSO (Apollo Mission Simulator for Orbiter) a lot, the latest version can be found at the AMSO home page.

Versions prior to 3.0 seem to be unavailable on the web. If anyone has a copy and can update this and/or add screenshots, please do so, or at least let us know what the differences are. 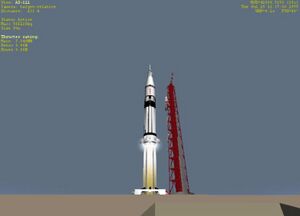 NASSP 3.0 still runs under Orbiter 2006, with no modifications required. 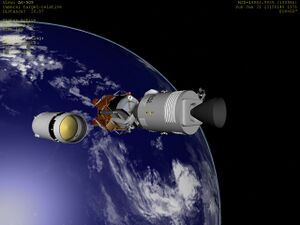 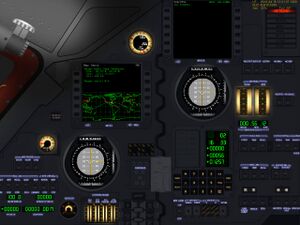 NASSP 5.x does not currently run under Orbiter 2006 as its Solar System files are incompatible with the new Orbiter format. It could probably be made to run with some changes to the config files.

As an extension to NASSP Rodion M. Herrera and others did the NEP (NASSP Enhancement Pack), which contains lunar landing scenaries and mission specific astronauts etc. A modified NEP version is still available for Project Apollo - NASSP 6.4.3.

Also there was an experimental Virtual AGC integration add-on called Virtual Apollo based on Mark Grant's NASSP_COSTAM v2. Meanwhile it's obsolete and replaced by the Virtual AGC mode in Project Apollo - NASSP. The documention is still online. 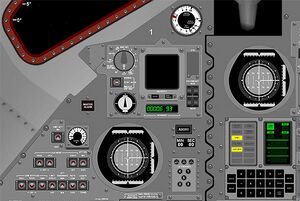 At the beginning of 2005 Jean-Luc Rocca-Serra wasn't able to further develop NASSP and the add-on began to scatter a little bit. Additionally to NASSP 5.2 and NEP 1.0 meanwhile there was NCPP 1.0 and later on NASSP 6.1, which was an enhancement/fix of NCPP 1.0 for Orbiter 2005. Because all these add-ons depended on each other, at the worst time the user needed to install 7 or 8 files from 3 sites in a certain order. It was so weired that Dan Stephan wrote a quite adequate article about that on his site: "Houston, this add-on has a problem"...

At that point some people (like Mark Grant, Matthias Müller etc.) decided to move NASSP to SourceForge as an GNU GPL licensed open source project to save NASSP from vanishing completely and to make team development possible. At that point we wanted to rename the add-on to the more intuitive name "Project Apollo", but this project name wasn't available at SourceForge so we made a compromise and took NASSP as project "unix name" (SourceForge term for the unique project name used for URLs etc.) and "Project Apollo - NASSP" as project title and bundled all these components together for the 6.3 release. 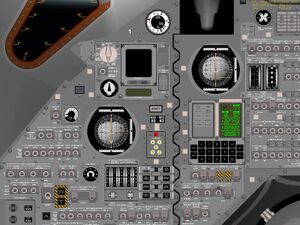